Goal-setting is one of my things: I’m a coach, after all. And one of my favourite mantras is Stephen Covey’s ‘Start with the end in mind’. So when January 1st rolls round, I am normally ready, pen poised over eager note pad (I also love new stationery), bursting with enthusiasm for fresh commitments that will help me get closer to where I want to be and make me a better person. This year, I felt enfeebled by a persistent cold and could only muster up the energy for a rather lacklustre, ‘eat less cake’. Less cake, you understand, not no cake I wasn’t ill enough to forget that I like my targets to be realistic as well as a stretch!

As the first few weeks of January passed, I began to feel the lack of aspirations and intentions and the idea gradually emerged of committing to regular (but not regimented) acts of kindness. When you do something kind for someone else, obviously your hope is that it will help them in some way, make them feel better. It is now widely documented that doing kind things for others also boosts your own sense of wellbeing (see the Random Acts of Kindness website for an accessible overview of the science of kindness). If I do want to be more structured about my RAKs (random acts of kindness), there is an app for that! I haven’t tried out The Kindness App yet, but it looks like a sweet and fun way to keep RAKs at the forefront of your phone and mind and it includes audio exercises from Professor Paul Gilbert, a clinical psychologist, researcher and author who founded the Compassionate Mind Foundation.

For me, these acts of kindness or generosity should be largely anonymous: the impact happens without the need to broadcast it publicly. However, I’d like to share one small example here, because it also demonstrates the need to be wary of making assumptions based on first impressions. One evening, I was dashing into King’s Cross station, as I often am, and at the top of the stairs leading to the station I passed a young homeless man sitting amongst a pile of blankets and bags in the bitter cold. He asked me for 40p, I looked at him, smiled, apologised in that odd way so many of us do when refusing a request like that. He thanked me and wished me well and I continued into the station, not even really breaking my stride. Something gave me pause for thought before I reached the concourse, so I looked in my purse, found I had 40p in change and went back to give it to him.

As I approached him, I noticed he was drinking a can of beer. I began to hesitate: should I be giving him money if he was going to buy alcohol with it? A to and fro debate whirred through my mind as I continued to walk towards him, the conclusion being: ‘I have so much and he has so little. And if I were on the streets in a British January I think I’d feel like I needed a beer too’, so I went up to him and gave him the money. His face lit up and I felt that, whether or not the 40p was going towards another can of beer, I’d done the right thing. Heading to the departure boards to check what platform my train was leaving from, I saw a couple of people giving out free promotional cans of alcohol-free Budweiser. This ‘beer’, both alcohol- and cost-free, was what the young man had been drinking! I was so relieved that I hadn’t let my misplaced judgement get in the way of my urge to help.

This is one tiny act of giving: it cost me barely more than if I’d used the bathrooms at King’s Cross station, not an amount I’d even notice. And yet hopefully it helped the man buy something he wanted and yes, it did bring a little momentary glow to think I’d seen someone’s need and acted on it, in however small a way.

Another thing that has cemented my intention to act on opportunities for random acts of kindness is a reminder by one of my Alliance colleagues of Reinhold Niebuhr’s famous Serenity Prayer[1]. This counsels us to focus on what we can control and practice acceptance of what we can’t. With the turmoil over Brexit, the humanitarian crises in Yemen, Syria and elsewhere, not to mention the political situation in the US, this feels like wise and welcome advice indeed. I’m not saying say we shouldn’t do what we can to bring about positive change, just that where things are beyond our control, we shouldn’t let our anxiety about this become all-consuming. I’ve reproduced the first verse of the prayer below, in the hope that it might bring a moment of calm to your day in the way it did to mine.

Practicing random acts of kindness is certainly within my control, so I will continue to look for ways I can make a difference, however slight.

And three weeks into January, how am I getting on with my ‘eat less cake’ resolution? I’ve eaten cake, I must confess. Having coffee and cake in a lovely café is one of my greatest small pleasures and treats, something I relish. I do think my resolution has raised my awareness of my intention to be healthy, so that I’ll ask myself if I really want the cake before ordering it. If I decide I want it, I go ahead, but I do believe this ‘check in’ has resulted, so far at least, in my eating slightly less cake than I otherwise might have …

Do you have any resolutions this year? Do you think they’re an effective way to change our behaviours and habits, or not? As always, I’d love to hear your views!

[1] This is a prayer, but even though I’m not religious, I love the sentiment behind it

What are the best apps for busy businesspeople? 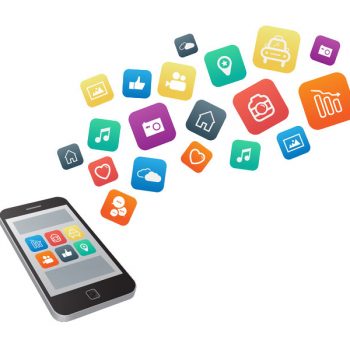