It has been an aspiration of mine for some time now to take August off work. The idea first floated onto my radar many years ago when two independent consultants I regularly worked with told me proudly that they didn’t work in August or December. This struck me as entirely laudable: luxurious, yes, but also a logical way to recharge as well as spend more time with school-age kids. It didn’t fit with my working pattern at the time, but it lodged in my mind. When I became independent myself, the concept resurfaced as a goal, especially as several colleagues I admire, including my supervisor, do much the same.

I sometimes have to remind myself that one of the reasons I wanted to work for myself was to have the freedom to travel more – and how can I do that if I don’t take regular time off work? As the parent of a now two-year-old toddler, I have the added need to ‘practice’ being free in the school holidays (we currently have the slightly false sense of security with nursery being open year-round). Above all, my own SPACE to Grow framework emerged from my recognition that to flourish creatively, to sustain my performance and to reboot my energy, I need some space around the edges.

September always prompts in me a ‘back to school’ feeling – in a positive way. There’s the allure of a clean slate, a new sense of purpose, a fresh boost of energy. And of course, new school shoes and a new pencil case! In the middle of the summer, a wise friend prompted me to pause for thought by asking me: ‘how will you get that back-to-school feeling if you don’t down tools?’. So how did I do? There is still plenty of room for improvement, but overall, I’m fairly pleased with my ‘school holidays’.

One thing that made a massive difference is that I only travelled into London for work-related meetings twice. As I’ve been trying to keep my number of commuting days down ever since I moved to Cambridge about 5 years ago that was a big tick. I cut down my overall number of meetings significantly and corralled those I did have into just six or seven days (in addition to the London days). Having pondered on my friend’s question, I renegotiated the delivery dates of a project I’d committed to, moving the bulk of the work beyond the end of August, and even cancelled a couple of non-essential calls. I checked my work emails infrequently, mainly at the beginning and end of the day and only responded to important ones. I accepted a last-minute invitation to join a girls’ trip to France without worrying about taking time off work.

Before the summer began, I made a list of nice things to do and looking back, I’m delighted with how many I’ve managed to do. One of my dreams since becoming a parent has been to have more free time to work on personal projects that mean a lot to me and I’ve used some of the time my little one has been at nursery to move forward with a few of those. I’ve even caught myself a few times being completely self-indulgent and doing exactly what I wanted to in the moment, such as sitting in a chair in the garden reading, cup of tea in hand.

What could have gone better?

Next year, I want to find a way to get into relaxation mood quicker, as I found it took me a while to let go of the feeling that I ‘should’ be doing something work-related. I’m good at relaxing on holiday, so maybe kicking off with a bit of time away at the beginning of the month would lay out a clear marker. I’m conscious I could also be even clearer and more rigorous about my boundaries with others, and perhaps more importantly, do some work on what makes this so hard for me – after all, I run my own diary and no one is standing over me compelling me to take meetings or make work commitments. This would mean:

• Being unavailable when I say I am
• Having no meetings unless they’re absolutely essential
• Checking emails even less frequently (perhaps designating particular times and days for this and being clear in my out-of-office message about if and when I will be able to respond)
• Being prepared to say no – this one is still a biggie for me!

Without consciously planning it, I took some time off from some of my wellbeing practices as well. At first I felt guilty for stopping things like my gratitude journal and not trying to fit in mindfulness practice. Then I started to luxuriate in the break. I found myself noticing positive things that I would have captured had I been using my 5 minute journal app and using occasional pockets of time to plug into my Headpsace app or just be mindful in the moment. I missed my Saturday morning kettlebells class (the trainer was taking her own well-earned break, another admirable role model). But I did other things like going for a run and doing body pump classes at the local gym and the variety felt refreshing. By the beginning of September I was keen to restart my routines, when if I’m being completely honest, some of them sometimes had become a bit of a chore. So while I not sure it’s what the theories on habits would recommend, for me I feel the pause has injected new life into practices that could otherwise have become stale.

I’m giving myself a B minus for this year’s downtime. I thoroughly enjoyed it and have already blocked out the time in next year’s calendar! 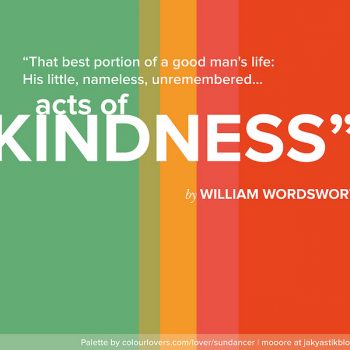 The 12 Days of Books 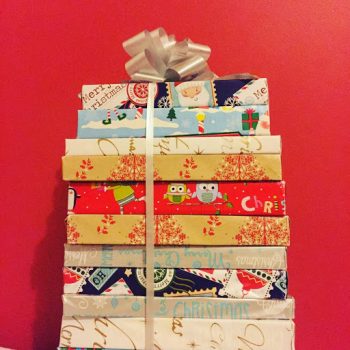