It’s All in the Mind – Neuroscience & Coaching

It’s All in the Mind – Neuroscience & Coaching

Neuroscience. The word carries an air of the unfathomable, a whiff of science fiction. Yet scientists are making bounding advances in peeping into the windows of, if not our souls, our brains. Piquantly described by Dr Geoff Bird as a ‘sloppy bag of disgustingness’, the adult human brain weighs in at 1.4 kg and has the consistency of set yoghurt. The make-up of the brain is a mass of headspinning statistics: it consists of 80-100 billion neurons connected by 100 trillion synapses in a forest of mental pathways; has 1 trillion ‘support’ cells; and contains 176,000 km of myelin (the fatty white matter which coats some of the neurons in the brain and allows them to transmit information more quickly than uncoated neurons – making them the fast lanes of the mind).

These jaw-dropping facts and figures launched the annual Meyler Campbell  lecture for 2011, given by Dr Geoff Bird of Birkbeck College and the Institute of Cognitive Neuroscience UCL and entitled ‘Neuroscience & Organisational Coaching’. Throughout Dr Bird’s captivating presentation you could have heard the metaphorical pin drop in the packed auditorium as our poor bags of disgustingness struggled to absorb the insights from the frontiers of this incredibly fast-moving science. If the knowledge that we are gaining of how the brain functions is staggering, the implications and applications of this knowledge are even more so. Scientific intervention, through the administration of drugs or electro-magnetic currents, can modify the working of the brain. This can be heralded as a massive leap forward in the treatment of diseases like Parkinson’s, where brain modulation has been shown to reverse the negative effects in up to 40% of cases.

But what of drugs that make people smarter? Drugs such as Ritalin, commonly prescribed for children suffering from attention deficit disorder, really can improve how people learn. Some research has indicated that up to one in five US students take drugs like Ritalin to maximise their learning capabilities. So if it’s scientifically possible to rev up our brainpower, is it right to do so? Given that coaching involves helping clients change their patterns of thought and behaviour to enable them to reach their goals, should we as coaches be recommending that our clients take drugs to allow them to enact and embed change more quickly? Should we be taking drugs to allow us to accelerate our own learning and to coach more effectively? Weighty questions indeed – and the ethical debate around such matters may be closer than we think.

For the moment, the current ‘breaking news’ of neuroscientific discoveries can deepen our understanding of how coaching relates to what goes on in our brains. Our front brain is our conscious mind, processing one thing at a time, relatively slowly. Unconscious, fast, automatic thinking occurs in our back brain. Using the unconscious mind through activities like eye contact, mirroring of body language and imitation of language raises the level of trust and social interaction between client and coach. For instance, eye contact has been proved to actually em>cause fluent, frequent speech – so it can help clients articulate their issues. The only problem is that thinking deliberately about such things means that the conscious mind has taken over, when the best way to harness the benefits is to surrender control to the unconscious brain. This may not be the metaphysically insoluble problem it appears, because recent experiments have revealed that the unconscious mind knows much earlier than the conscious mind what our intentions will be – sometimes up to 10 seconds sooner. So maybe it doesn’t matter what we ‘think’, as the unconscious is in the driving seat anyway?

Geoff outlined two different types of learning and developing new patterns of behaviour: habit-based and goal-directed learning. Habit-based learning occurs in the unconscious mind as a result of neurons repeatedly being activated together when a particular action occurs, strengthening the synaptic connections between them and eventually making the action a habit. This requires a lot of repetitions so habit-based learning takes a relatively long time to occur (around 3 months), but once we’ve got it, we can retrieve the learning quickly and are unlikely to forget it. The ability to ride a bike is the outcome of habit-based learning. In contrast, goal-based learning can occur very quickly but because it happens in the conscious mind, it’s slower to retrieve and is forgotten more quickly. When both attention and emotion are focused on a goal, the ‘routing’ of our neural networks changes on a millisecond-by-millisecond basis. This goal-based learning occurs in coaching with tools like the GROW model, which achieve fast results. For coaching to bring about long-term, ‘hard-coded’ change, we need to combine both habit-based and goal-directed learning, within and between coaching sessions.

The human brain is truly amazing, and, as Geoff pointed out ‘just ridiculously complex’. Despite this complexity – and I find the idea that our minds will always keep some secrets from us strangely comforting – recent progress in neuroscience means we have more understanding than ever before about what goes on in our heads. The application of the findings of pioneering neuroscientists like Geoff in helping us reach our potential are, well, quite mindblowing. 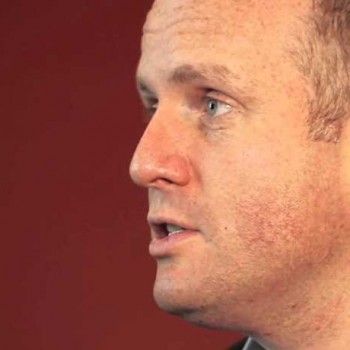 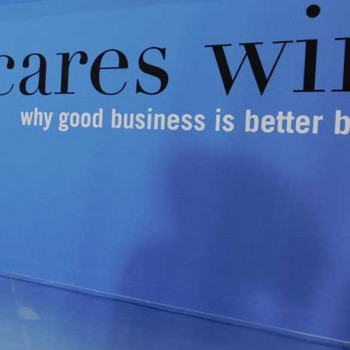